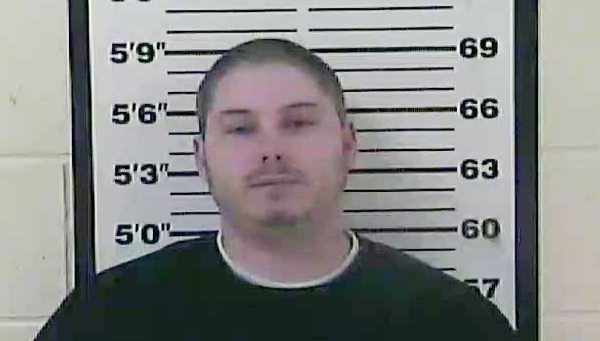 The Carter County school system has fired a substitute teacher who was arrested last week after a report that he sexually abused a student at Unaka High School.
Joshua Michael Fair, 24, of 344 H. Heaton Road had worked as a substitute teacher with the school system since the start of the school year, according to Carter County Director of Schools Kevin Ward. After Fair’s arrest Friday, his employment with the school system was terminated, Ward said.
“Under no circumstances will we as a system stand to let an employee engage in that type of behavior,” Ward said.
Fair was arrested on Friday by officers of the Carter County Sheriff’s Department and charged with sexual assault by an authority figure, possession of Schedule II drugs, violation of the drug-free school zone and two counts of possession of weapons on school property.
An investigation beganon Friday when CCSD Deputy David Munsey, the school resource officer at Unaka High School, received information Fair sexually assaulted a student at the school during on Friday. According to a warrant written by Munsey, two girls reported to school officials that Fair had made sexual comments to them, both verbally and electronically using a note pad app on his phone. One of the girls also reported that Fair had touched her inappropriately as she left the classroom.
Ward said once the female students reported the activity to school officials, UHS Principal Betsy Oliver immediately contacted Munsey, who in turn alerted other sheriff’s department officials.
“I have to give a lot of credit to my staff and the sheriff’s department for responding so quickly,” Ward said. “It is a very unfortunate situation. I’m just glad the kid came to the office and made the complaint.”
Before hiring Fair, the school system conducted a same background check as state law requires, Ward said.
“Whenever we do a background check, it goes through the Tennessee Bureau of Investigation,” Ward said. “It’s a very thorough background check. It is linked to several databases, including the FBI.”
The background checks conducted by the school system also check to see whether a person has ever been on a sexual offender registry in any state and whether any orders of protection have been issued against the person.
“It was all clean, it was all clear,” Ward said of Fair’s background check.
Fair is scheduled to appear in General Sessions Court Dec. 9.

Some major items that were missing from the sheriff’s department budget have been added back in, but the changes will... read more