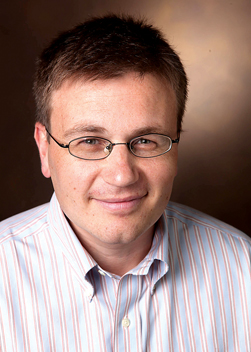 Prevalence of autism rising in the U.S., new report finds

The prevalence of autism spectrum disorder among U.S. 8-year-olds rose 10% between 2014 and 2016, new data published today by the Centers for Disease Control and Prevention (CDC) indicate.
According to the report, one in 54 children age 8 years had a diagnosis of autism in 2016, compared to one in 59 children in 2014. In Tennessee, the prevalence rate increased from one in 68 children to one in 64.
The data was collected by the Autism and Developmental Disabilities Monitoring (ADDM) Network, an active surveillance program that provides estimates of the prevalence of autism among children whose guardians reside in one of 11 ADDM Network sites across the U.S.
Vanderbilt University Medical Center (VUMC) partnered with the CDC to publish specific data regarding ASD prevalence for 11 counties in Middle Tennessee for the second time as one of the 11 ADDM Network sites.
Since the ADDM Network first began in 2000, the prevalence of autism has risen approximately 175% among U.S. 8-year-olds. Rate increases could reflect differences in practices for identifying autism, changes in the data available to the surveillance system or other unknown factors.
According to Zachary Warren, PhD, a lead investigator for the Tennessee ADDM Network, the number of children who are not receiving an evaluation for autism prior to the recommended age of 3 years is more alarming than rising prevalence rates.
In Tennessee, only 36% of children received a comprehensive evaluation before their third birthday, and the median age of diagnosis was 51 months. Evidence links early identification and treatment of autism to better outcomes.
“The continued documented delay between early concerns and a diagnosis of autism — both in the U.S. and in Tennessee — highlights the need for innovative systems of care for screening, diagnosis and treatment,” said Warren, executive director of the Vanderbilt Kennedy Center’s (VKC) Treatment and Research Institute for Autism Spectrum Disorders (TRIAD).
“In Tennessee, we are fortunate to have model partnerships between VUMC, state and pediatric partners. Our novel programs include the use of telemedicine, the development of better diagnostic tools, workforce education and programs explicitly designed for rural and traditionally underserved populations. VUMC is focused on making early detection and action a reality for the children of our state.”
The new data continue to show a higher prevalence of autism among boys than girls, with boys being 4.3 times more likely to have a diagnosis than girls. In Tennessee, boys are 4.6 times more likely to be identified.
For the first time since the ADDM Network began, there was no overall difference in autism prevalence between black and white children, though black children continue to be less likely to receive an evaluation by their third birthday.
The CDC and ADDM Network hope the data will help inform policies that promote earlier identification of autism, increase awareness of autism among traditionally underserved families and better prepare communities to plan for autism services and training across the lifespan.
You Might Like