Mother of Evelyn Boswell indicted on numerous charges, including murder

SULLIVAN COUNTY – A joint investigation by the Tennessee Bureau of Investigation and the Sullivan County Sheriff’s Office has resulted in the indictment of a Blountville woman accused of murdering her daughter and disposing of her body.

Evelyn Boswell was reported missing by a family member on February 18th. She was reportedly in the custody of her mother, Megan Boswell, but had not been seen since December 2019.

At the request of the Sullivan County Sheriff’s Office, the TBI issued an AMBER Alert on February 19th. With assistance from the Federal Bureau of Investigation, an extensive search was launched in an effort to find Evelyn.

Over a 16-day period, authorities received and followed up on more than 1,000 tips.

On March 6th, acting on new information developed in the case, Sullivan County Detectives and TBI Agents searched property belonging to a family member of Megan Boswell in the 500 block of Muddy Creek Road. During the search, the child’s body was located.

At the request of 2nd District Attorney General Barry Staubus, TBI Agents continued to work alongside the Sullivan County Sheriff’s Office to investigate the circumstances leading to Evelyn’s death.

During the course of the investigation, it was determined that Megan Boswell killed Evelyn and disposed of her body.

Boswell was served in the Sullivan County Jail, where she was already being held on False Report charges placed in connection to this case. 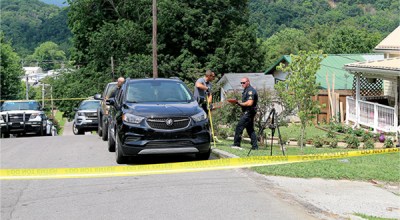