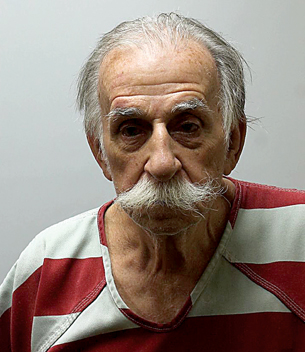 According to a press release received from the Carter County Sheriff’s Department Former Carter County Sheriff, George Papantoniou, was arrested on Wednesday following an incident which occurred at the Carter County Justice Center. The incident began when Papantoniou came to the Justice Center to collect firearms which had been taken from him during an altercation which occurred earlier this year. During that incident, Papantoniou brandished two firearms at a neighbor during a dispute regarding property boundaries. The victim in that case passed away two weeks ago, and the firearms were to be returned due to the inability to prosecute the case, per the direction of First Judicial District Attorney General Ken Baldwin.
During the incident on Wednesday, Papantoniou refused to comply with deputies who were attempting to assist him. He became verbally aggressive and continued to escalate, eventually pushing one of the deputies. Following a brief struggle in which Papantoniou continued to assault the deputies, he was taken into custody. He has been charged with disorderly conduct and assault. Papantoniou was booked into the Carter County Detention Center without further incident, and was released on a $1,000 bond.

By Brittnee Nave Star Correspondent The pandora’s box known as complications from COVID-19 is continuing to expand. Last week it... read more