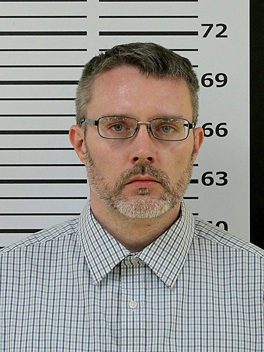 A Roan Mountain man was found guilty Thursday of the rape and sexual battery of a child.
Jurors convicted Joshua Adam Hill, 39, of two counts of aggravated rape.
He was charged in May 2019 after deputies received a report of a rape from a juvenile victim. Investigators conducted a search warrant at Hill’s residence and recovered corroborating evidence that led to an indictment, officials said.
Prosecutors with the District Attorney’s office then brought the case to trial.
“We’re glad to see justice served in this case,” said Carter County Sheriff Dexter Lunceford. “It’s horrible what happened to this victim. I’m proud of the work our investigators did and thankful that our friends at the district attorney’s office were able to bring about this result.”
After the court’s verdict, Hill’s bond was revoked, and he was taken into custody. He is being held in the Carter County Detention Center until his sentencing hearing on Dec. 13.