Over 3,000 gather for lighting of Fraser Fir 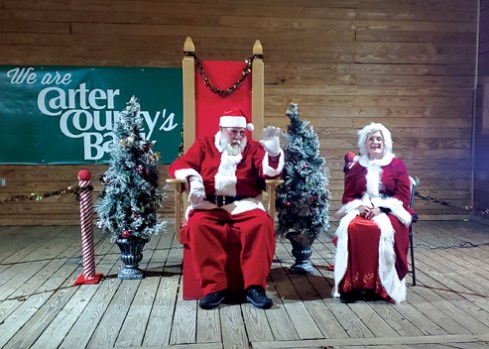 Star Photo/Ivan Sanders Santa and Mrs.Claus were on hand to great hundreds of children at the Covered Bridge Park during the lighting of the Fraser Fir in downtown Elizabethton. 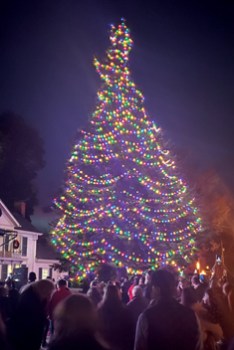 Star Photo/Ivan Sanders Over 3,000 people flooded to downtown Elizabethton on Saturday for the 33rd annual lighting of the Fraser Fir to kick off the 2021 holiday season. 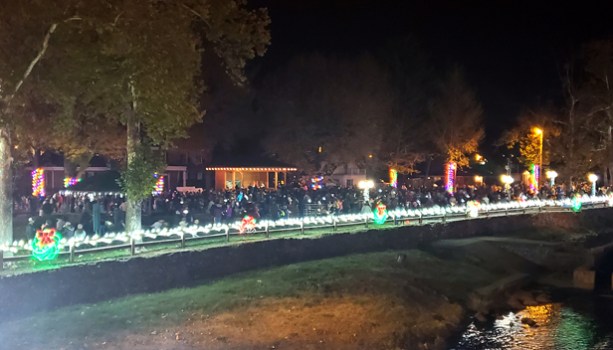 FROM STAFF REPORTS
Saturday night was filled with holiday spirit as over 3,000 young and old gathered for the 33rd Annual Fraser Fir Christmas Tree Lighting sponsored by Carter County Bank.

The crowd was entertained by different groups of singers as well as the Happy Valley band ensemble who honored America by playing the National Anthem.

Major Margaret Eggers was the special guest for the countdown and flipping of the switch.

After the lighting, the crowd moved to the Covered Bridge Park for the Kid’s Candy Cane Quest and to meet Santa and Mrs. Claus.