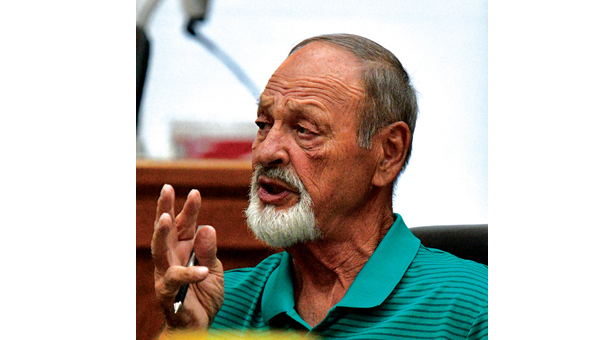 File Photo/Ivan Sanders Financial Management Committee chairman Brad Johnson said that the meeting with Carter County Sheriff Dexter Lunceford has been moved to January due to a scheduling conflict.

Carter County Sheriff Dexter Lunceford’s scheduled meeting with the Financial Management Committee will have to wait until Jan. 3, 2022.

That according to the chairman of the committee, Brad Johnson.

Lunceford was asked to attend the committee’s December meeting to answer questions about the management of the sheriff’s office, said Brad Johnson, chairman of the committee.

Committee members had cited three issues they wanted to discuss with the sheriff: how he administered the 4 percent pay raise approved by the county commission for all employees; why he hasn’t submitted a detailed list of his employees which is a violation of state statute according to Johnson; and how temporary pay raises were given in fiscal year 2021 and then rescinded.

Johnson said the only other important piece of business for the December meeting would be to clarify who would be eligible for Christmas bonuses.

The meeting begins at 8:30 a.m. Monday in the mayor’s conference room.