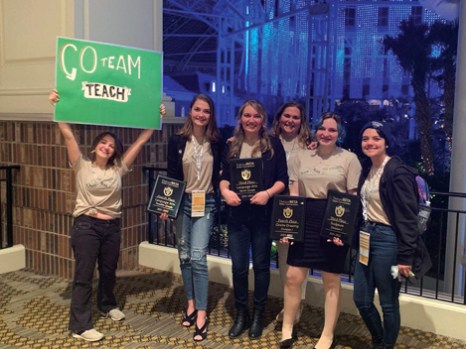 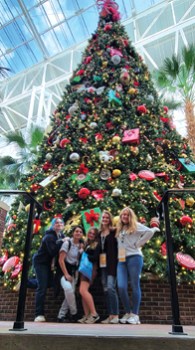 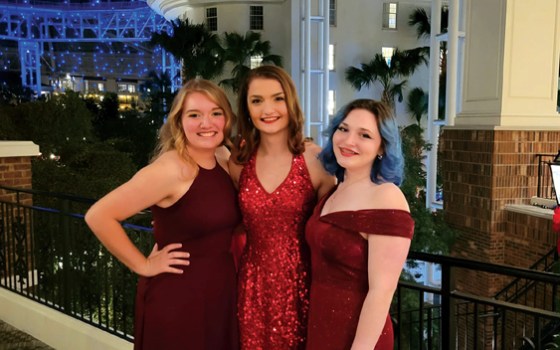 FROM STAFF REPORTS
Elementary, middle, and high school students with TEACH Beta Club won several awards at the recent state competition in Nashville.
The National Beta Club is a non-profit that promotes the ideals of academic achievement, character, service, and leadership.
Beta holds annual state conventions in 18 states, and winners of these states will go on to compete on a national level.
The conventions give students the opportunity to interact, share project ideas and show their academic and leadership skills.  This year, National Beta offered the state competition both as an in-person event as well as a virtual event.  The students competed in academic quizzes, visual arts, and performing arts as individuals and as teams.
TEACH Beta club sent the high school students to the competition as an in-person event.  The students in attendance were Elizabeth Carpenter, Samantha Kendall, Mia McIntire, Carlisle Jarnigan, and McKenna Marr.
Carlisle Jarnigan received fourth place in 12th-grade language arts.  Samantha Kendall placed third in 10th-grade language arts and fourth place in Division 1 recyclable arts.
Mia McIntire received third place in Division 1 sculpture and received fourth place in Division 1 on-site drawing.
The students also competed in “Living Literature”, which provides an opportunity for students to present an interpretation of a scene from a work of literature, and they chose Little Women, by Louisa May Alcott.
Students had to recreate a scene from the book through costumes, scenery, and props and be as still as wax figures while being judged.
The engineering competition demonstrated not only their creative ability but also their collaboration and attention to detail when constructing an invention in the spirit of Rube Goldberg.
TEACH Beta had many virtual entries at all three levels of students.  The students competed in speech, creative writing, poetry, as well as marketing and communications.
In the elementary division (grades four and five) Berkley Jones received fourth place in painting.  In the junior level (grades six through eight), Annalee Mindeman placed third in painting.
TEACH Beta Clubs are led by Nicole Kendall, Carter County Drug Prevention Drug-Free Communities coordinator, and Jilian Reece, Carter County Drug Prevention executive director, in partnership with Carter County Drug Prevention’s Youth Coalition.
“Our Youth Coalition offers our home school students the ability to participate in National Beta.  This gives them the opportunity to become great community leaders through service and assists them in developing their leadership skills through collaboration and empowering them to be successful,” Kendall said.
Learn more about Carter County Drug Prevention at www.cartercountydrugprevntion.com and National Beta Club at www.betaclub.org .