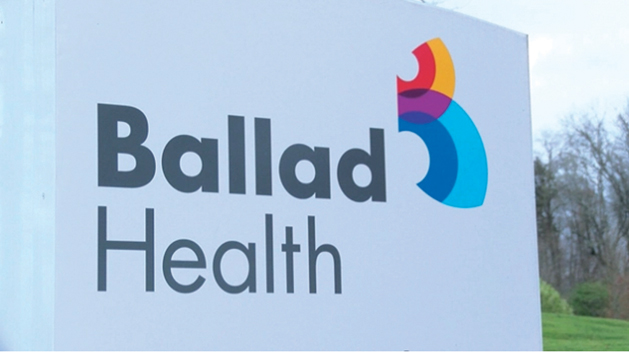 Ballad Health is reinstating its vaccine mandate in response to the U.S. Supreme Court ruling this week.

The announcement came on Thursday after the court ruled that the Centers for Medicare and Medicaid Services are able to mandate that health care workers at federally funded facilities be vaccinated.

“It is clear that Ballad Health must comply with the Medicare Conditions of Participation or risk leaving hundreds of thousands of people insured through the Medicare and Medicaid program in our region without access to their trusted healthcare providers,” Ballad said in a statement.

“Ballad Health will take the appropriate steps to allow its team members to request religious or medical exemptions in compliance with federal law, and will comply with the Medicare Conditions of Participation, including the requirement that team members, and anyone interacting with our hospitals, be vaccinated.”

In November, Ballad had announced a vaccine mandate for their staff, but it was dropped after a federal judge suspended its enforcement in December.

On Thursday, the United States Supreme Court ruled that the mandate for health care workers at federally funded facilities could proceed, coming in at a 5-4 majority vote. However, another mandate that would require employees at large companies to be vaccinated or conduct weekly testing did not pass.

According to the White House, this recently passed mandate will affect more than 17 million people at approximately 76,000 health care facilities.

Earlier this month, Ballad Health CEO Alan Levine wrote a letter on behalf of the hospital asking the Centers of Medicare and Medicaid Services to consider allowing certain hospitals to be exempt from the mandate.

In the letter, Levine wrote, “If the interim final rule were to be finalized in its current form, our facilities would likely be forced to turn away patients or reduce the services at our hospitals due to staff shortages. In smaller facilities, even the loss of one or two staff members in critical positions can have a catastrophic effect on a facility’s ability to operate. The provision of critical health care services would be jeopardized and lives could be lost.”

Levine stated that when Ballad first announced its mandate, 2,000 employees were unvaccinated without medical or religious exemptions, accounting for 15% of the hospital system’s workforce.

“CMS should consider permitting hospitals in health professional shortage areas to seek waivers from the mandate if they can demonstrate difficulties with retention of staff,” Levine’s letter stated. “Those parts of the country which already suffer from shortages, and which are disadvantaged in terms of recruitment and retention, need to first do no harm in terms of staffing availability.”