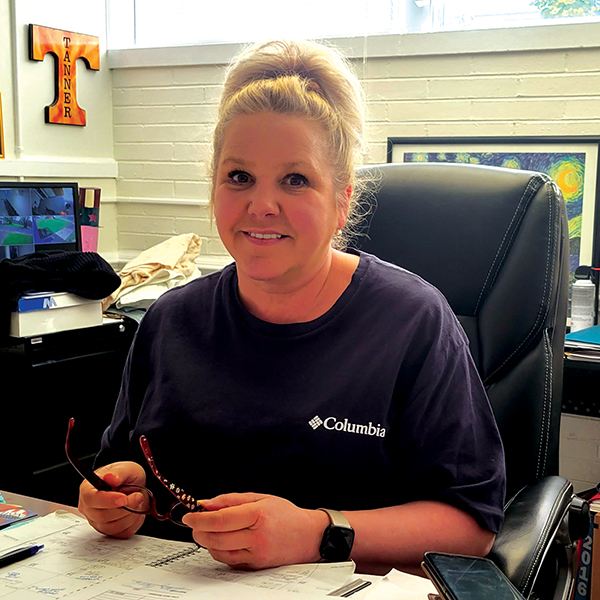 File Photo/Ivan Sanders Carter County Administrator of Elections Tracy Tanner Harris said it is important that those wishing to vote in the Aug. 4 State General Election be aware of dates associated with the election.

From Staff Reports
Early voting for the Carter County general election and state of Tennessee primary election on Aug. 4 begins Friday.
“Early voting gives people a chance to vote who can’t make it on election day, whether they’re working or out of town,” said Tracy Tanner-Harris, administrator of elections. “It’s also helpful for our elderly, so they don’t have to stand in line on election day.”
Early voting takes place at the Carter County Election Commission office, 116 Holston Ave., from 9 a.m. to 4:30 p.m. Monday through Friday and from 9 a.m. to noon on Saturday through July 30.
“We actually have three Saturdays for early voting this time,” Tanner-Harris said.
She added that early voting accounts for 20 percent or more of most elections. “When we had the last presidential election, we had 30 percent early voting.”
Residents seeking to vote early must be registered to vote in Carter County and should bring a valid state or federal photo ID.
In addition to early voting, residents can request absentee ballots through July 28.
“All you have to do to request an absentee ballot is call our office at 423-542-1822,” Tanner-Harris said. “We can send you a request form, then you send it back and we send you the ballot.”
Absentee ballots must be returned by Aug. 4.
The Aug. 4 general election includes all Carter County offices, including mayor; sheriff; and commission members, and also serves as the primary for the State of Tennessee general election.
See Wednesday’s Elizabethton Star for a sample ballot on page 10 for more details.