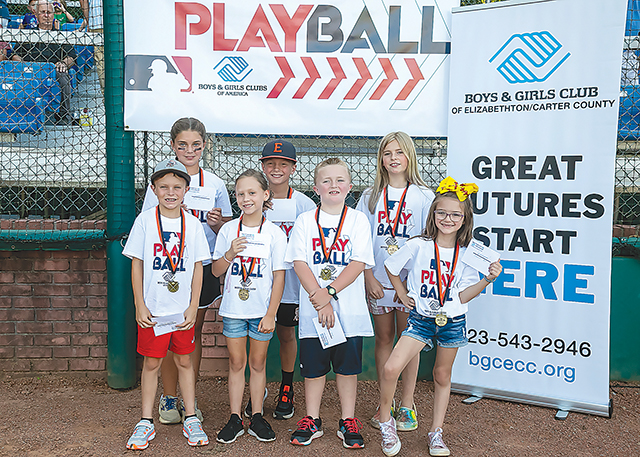 StarPhoto/Larry N. Souders The winners of the recent Boys & Girls Club of Elizabethton/Carter County hosted a Pitch, Hit and Run competition received their awards prior to the start of the Elizabethton River Rider and Johnson City Doughboys game Saturday night. They are front row (l-r)Jordan Hughes, Sophia Miller, Levi Smith and Addison Carr. Back row (l-r) Ava Hansen, Aaron Shelby and Abbigail Vanloke. Blake Baugher was a winner in the 13-14 age bracket but was not present for the award ceremony.

On Monday, July 11, the Boys & Girls Club of Elizabethton/Carter County hosted a Pitch, Hit and Run Competition for area boys and girls ages 5 – 14. The event was held at Northeast Community Credit Union ballpark. It was sponsored by Major League Baseball and Citizens Bank, giving $100 to each division winner.

Over 80 players participated in the event that was broken up into divisions for baseball (boys) and softball (girls)by age groups of 5-6, 7-8, 9-10, 11-12 and 13-14 years old. Each contestant was awarded points for accuracy on throws, distance on hitting and speed on running with the highest point total declared the winner of each of respective divisions.

Saturday night, prior to the start of the Elizabethton River Riders clash with the Doughboys from Johnson City each winner received their medals, $100 (Citizens Bank), T-Shirt and tickets to a River Riders game. 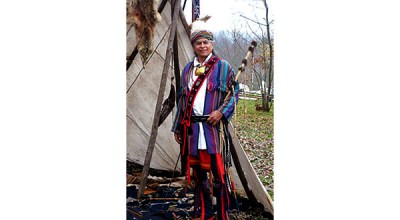