Mother, son among trio indicted for attempting to smuggle drugs into jail 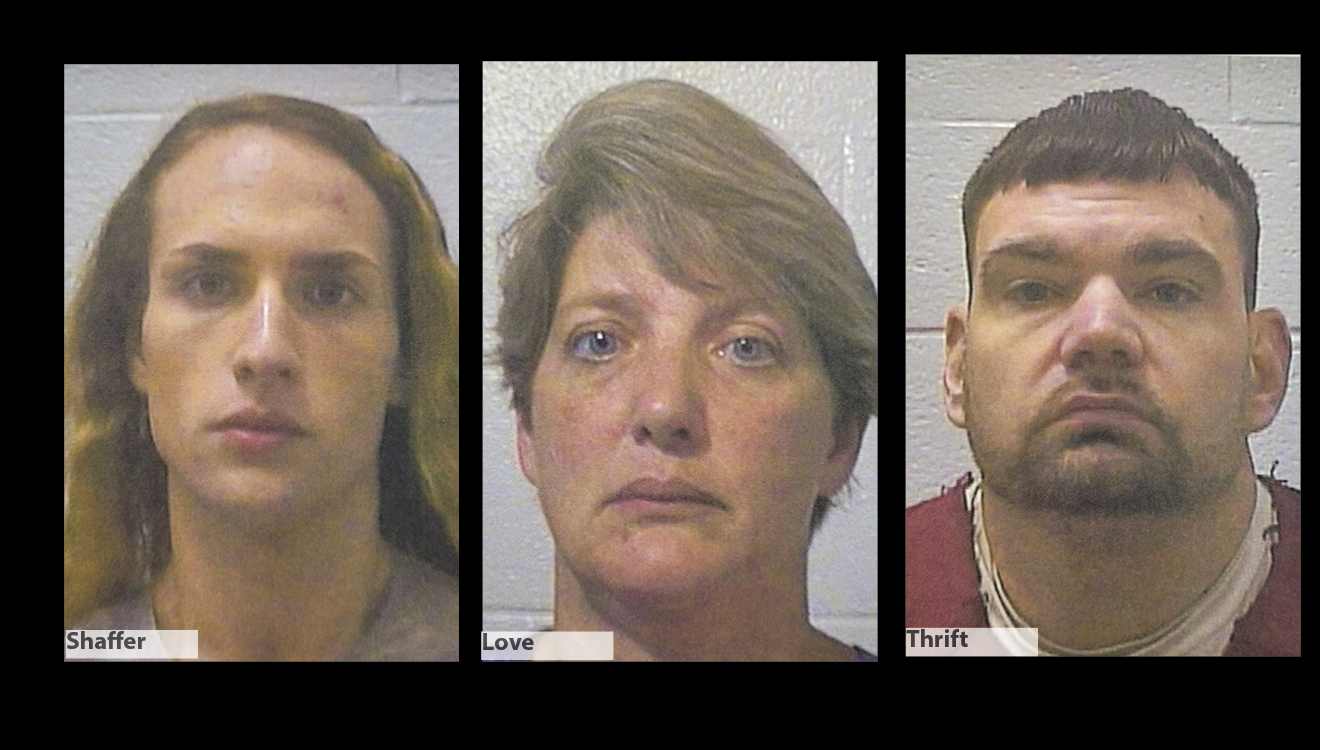 Jarred Shaffer, 22; Melissa Shaffer Love, 48; and Shawn Thrift, 38; were indicted for introduction of contraband into a penal facility (conspiracy to commit) and each were being held on a $20,000 bond.

“This represents a small dent in our continuing efforts to address the problem of drugs inside our Detention Center,” said Sheriff Keith Sexton.

According to officials, the trio attempted to introduce 13 Suboxone strips and 11 Suboxone pills into the facility while Shaffer and Thrift were inmates. Love is Shaffer’s mother.

“Deputies thwarted the attempt due to information obtained from texts sent by the inmates via Chirpers,” a Washington County Sheriff’s Department statement said. “Chirpers are similar to cell phones, but can only send and receive text messages. No video or voice calls can be made on the device.”

The texts are monitored by the WCSO deputies and inmates pay a fee for each incoming and outgoing texts.