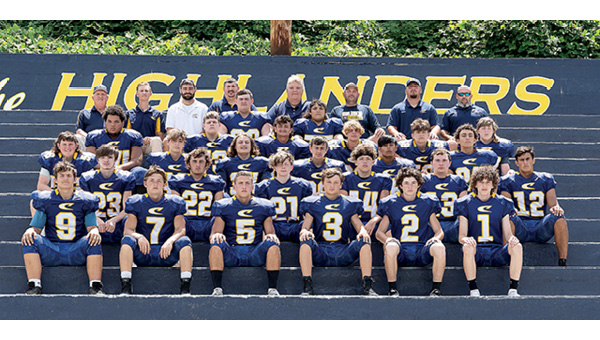 Graduating 11 players from a 23 man roster would send most high school teams into a tailspin but head coach Zac Benfield is confident his team will suffer few ill effects from seeing so many players move on.

A young quarterback in sophomore Camden Peppers will try to build on his limited playing time from his freshman season to be the leader the squad needs to run the offense. Tailback Seth Birchfield rushed for over 2,000 yards in his senior season and it will be up to Austin Caraway and Kyle Birchfield to be productive runners in a Cloudland offense that will always try to run the football down their opponents’ throats.

Others looking for productive seasons are Gage McKinney and Elijah McKinney at the wide receiver spots. Cayden Cordell will be at center and junior Dylan McClellan will anchor offensive and defensive tackle.