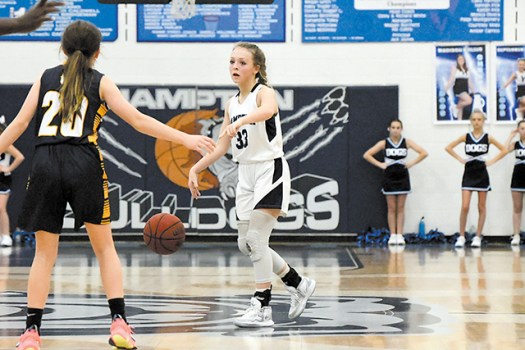 Contributed Photo Mackenzie McClain (33) sets up the offense for the Lady Bulldogs. 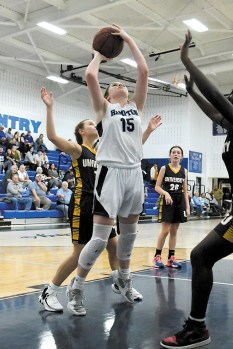 Contributed Photo Allie Birchfield (15) of Hampton puts up a layup to score two of her four points for the game. 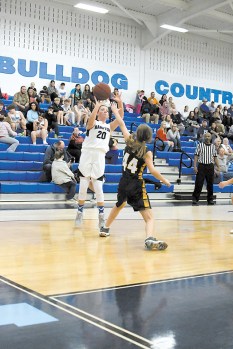 Contributed Photo Lauren Smith (20) shoots a jumper during the blowout win against University. 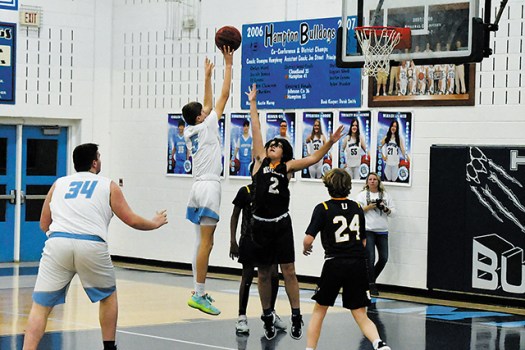 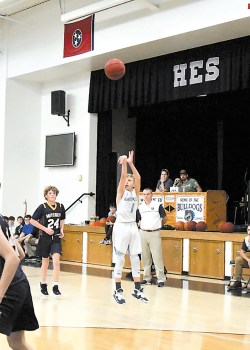 Contributed Photo Taylon Creed (1) shoots a three for the Bulldogs. 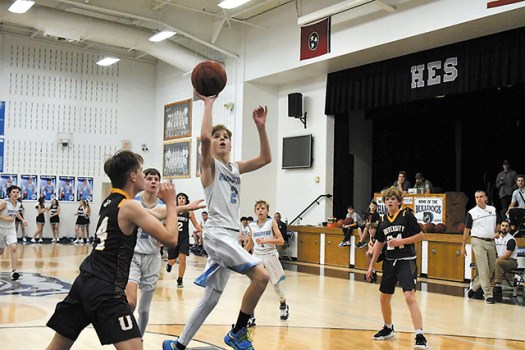 Contributed Photo Caden Jones (2) hits a floater to score two for the Bulldogs.

In the opening varsity basketball game, the Lady Bulldogs blowout University 36-8 at Hampton Elementary School on Thursday night. Mackenzie McClain scores six points in the opening quarter to give the Bulldogs an 11-4 lead. Hampton would extend the lead at halftime to 23-6, with McClain scoring 12 of her game-high 16 points. The Bulldogs defense never let up the whole game holding University scoreless in the fourth and a total of eight points. Hampton was led by Mackenzie McClain with 16, Natalie Nickels and Mandi Lewis with five each. The Bulldogs attempted 57 shots on the night, hitting 14 while going three of eight from the foul line.
Boys Varsity
In the second varsity game of the night, University leaves Hampton with a four-point win beating the Bulldogs 45-41. Colby Clark led the Bulldogs with 17 points, but it wouldn’t be enough to overcome the hot shooting of Oliver, who scored 27 points for University. The game would be tied at 15 at the end of the first quarter, with University holding a close 22-20 lead at halftime. The Bulldogs would battle all game but come up short with the 45-41 loss. Colby Clark led the Bulldogs with 17 while Caden Jones would follow with eight. University would shoot 80% from the foul line hitting eight of ten and Hampton would shoot 25% on the night, hitting only one of four.